Abbie Dorn is a mother. She may not be able to play with, hug, or feed her children, but she is, none-the-less, a mother. After giving birth to triplets four years ago Abbie suffered from a series of medical errors that left her with brain damage and an inability to move or speak. Her only way of communicating is through a series of eyelid blinks. According to her mother, she can cry and even smirk with her eyes. Her parents care for her in their home in South Carolina.

Her husband, Dan Dorn, called them from his home in Los Angeles when the triplets were a year old and told their grand-father, “I need to move on.” He then divorced Abbie and has refused to allow the children to see their mother, saying it would traumatize them. They do not even know she exists. 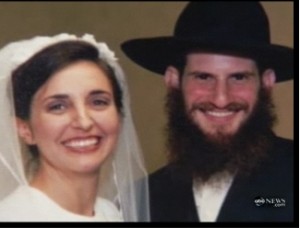 Everything about this case disturbs me. It begs questions about the nature of motherhood? The rights of children and grandparents. And, perhaps most striking about this case, is what it says about our attitudes toward the disabled.

Abbie may be a single case of a family’s trauma. But it makes me wonder about the thousands of dedicated young men and women who are continuing to return from Iraq and Afghanistan with disabilities. I happen to support an organization called Iraq Star Foundation that gives free plastic and cosmetic reconstructive surgery to soldiers wounded in the war because, after risking their lives for our country, they are severely discriminated against when they come home disfigured. Our society has become intolerant of ugly and disabled.

Are Abbie’s children too young to see their mother? NO WAY. Everything is new, strange, and normal to kids. Some form of a living mother, her body warmth, her breath, her tears will have deep meaning to her children.

I happened to have grown up with a mother had a chronic illness (Lupus.) Consequently she spent a big chunk of my childhood on the living room sofa, too weak to make dinner. Did I feel ripped off? No. This was normal to me. We snuggled under quilts on that coach and read books together. This is my version of a mother’s love.

Who are we to decide what these children will take away from a relationship with a living being? Could it be more injurious for them to live with an adult anger when they learn they were deprived of their mother? Would a lifeless Teddy Bear be more acceptable for comfort than a living, breathing, feeling, mother? And what about the healing benefits for Abbie? Losing one’s body and one’s children is a double loss.

8 thoughts on “Is it Okay to Deprive Four-Year-Olds of Their Mother?”