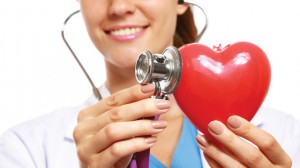 Everyone connects love and marriage with the emotional heart, but would you guess that a healthy relationship is connected with your physical heart? A study published in the European Journal of Preventive Cardiology analyzed married men and women in Finland and found that married couples of all ages had a reduced risk of heart attack for both men and women. But relationships and marriage don’t just keep the heart healthy; they have a major affect on one’s immune system as well.

Married couple and researchers at Ohio State University College of Medicine Ronald Glaser and Jan Kiecolt-Glaser took on more than just a relationship when they teamed up. In one of their studies, the two examined the immune systems of married couples post-dispute and found that those who practiced healthy arguing habits did less damage to their immune systems than those couples engaging in World War III battle style. The good news is that positive resolutions skills can be learned.

In times of stress, containing yourself long enough to listen to your partner, have empathy rather than using your brain to come up with knee-jerk reactions, is key. As I explain in my book, The 30 Day Love Detox, setting ground rules with your significant other before you actually fight is also important. “We promise not to shout at each other, not to walk out, etc.”

The Glasers also examined the literal side to having heartache. Their studies showed that women who reported high-stress marriages and chest pains or heart conditions were likely to return to the hospital with a worsened, more serious heart condition. But it doesn’t stop there. Not only does being in a healthy relationship benefit a women’s heart, but staying in a long-term, committed relationship can lead to further positive health effects for women as well.

An American Sociological Association meeting recently cited a report from LiveScience that linked women in a consistent marriage (without widowhood or divorce) with fewer risk factors for cardiovascular diseases. These studies show that happy, healthy marriages lead to physical and mental health benefits. And don’t forget that the inverse is also true – destructive marriages can destroy your health (among many other things). So sticking with the positive and ridding yourself of the pesky negatives will bring overflowing benefits of a healthy relationship.

One thought on “FOR COUPLES: How Is Your Love Life Affecting Your Heart?”