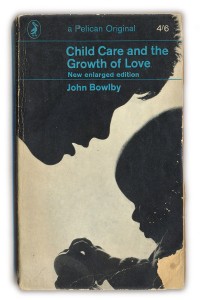 Love is a complicated thing. It is parts visual appeal, pheromone compatibility, intellectual decision, and environmental conditions. Those factors not withstanding, I believe love is even more about our internal attachment style. Much has been written in the mass media about in parenting manuals. Psychologists have been quick to warn parents about the dangers of child/parent separation and its relation to many personality disorders, but less has been written in terms of adult romantic attachment. So, I’m going to attempt it here.

Attachment Theory is a school of thought that holds that everyone has a certain kind of internal attachment organization based on a genetic predisposition and the kind of parenting we received as infants and toddlers. In a nutshell, the theory is this: If a child’s basic emotional and physical needs are met by a consistent, primary attachment figure, that child has a darned good chance of growing up to love themselves, to trust people, to trust love, and to seek out partners who actually help him or her recreate that familiar feeling of mother love. Attachment theorists refer to these lucky lovers as having an ability to “securely attach.” A lovely picture, isn’t it? Unfortunately, people who fall into this attachment category only make up about 20% of our American population. The rest of us fall into one of three other clumsy categories or along a scale where the dance of love is a continual trouncing of each other’s feet.

Before I detail the separate attachment categories and scale, let’s jump back to a little history to learn how this whole business was discovered. The father of attachment theory was this English physician and psychoanalyst John Bowlby (1907-1990.) He was the fourth of six children in an upper class household and his father was a royal surgeon. As was fitting for the time, he saw his mother for an hour a day at tea-time and was shipped off to boarding school at age seven. He was later quoted as saying, “I wouldn’t send a dog to boarding school at age seven.”

His awareness of his own separation anxiety and maternal deprivation led him to become acutely observant of the emotional injuries that were occurring to war-time children in Great Britain, namely, the mass evacuation of children from London to protect them from air raids, the rescuing of Jewish children by the Kindertransport, and the creation of group nurseries designed to free-up mothers for wartime labor. He worked with delinquent and maladapted children and was eventually commissioned by the World Health Organization to do a study on the mental health of post-war homeless children. His ground breaking work “Maternal Care and Mental Health” was published in 1951 and for the first time, the psychological community began to see that real life events, rather than Freudian fantasies were causing real-life emotional trauma to children that affected their personalities.

Bowlby believed that mother/infant attachment had an evolutionary base and that it was designed to keep babies in arms and away from predators. But during this protective phase, a side affect was a secure emotional attachment to another human that could be later transferred to a romantic lover and used for the sophisticated social structures of human society. According to Bowlby, “The infant and young child should experience a warm, intimate, and continuous relationship with his mother (or permanent mother substitute) in which both find satisfaction and enjoyment.” He also said that if that cozy mommy/baby relationship didn’t happen, one was doomed as a lover. Well, he didn’t say that exactly. What he said was that an attachment injury can have significant and irreversible mental health consequences. That sure sounds like a downer of a love life to me.

Bowlby’s 1951 WHO publication accomplished one other major thing. It made hospitals sit up and rethink their visiting policies that used to be designed to keep germs outside, even if they rode on the backs of love. Believe it or not, before 1951, most hospitals would not allow visits by parents of babies and small children, some of them institutionalized for months! I shudder to think of it. But as Bowlby treated children who had had long hospitalizations, he noticed that parents complained that it was a different child who came home, a more unruly, angry little monster. Duh

Now, I’m leaving Bowlby’s genius here for a minute to lay a little Dr. Walsh theory on you. So, what else happened in the 1950’s that might have affected our home-grown attachment style? Oh yah, the baby boom! Babies may not have been shipped off to nurseries and boarding schools in America, but there were a whole lot of babies coming down the pipes and surely not enough maternal arms to go around. No wonder the current fascination with TV’s “Jon and Kate, Plus 8.” It’s an exaggeration of a wound many, many people have experienced. We love to watch train wreaks, especially when we’ve already survived one ourselves. So the war wasn’t the only thing causing attachment injuries. The baby-boom did too. And it was followed by feminism. I mean, what woman in her right mind would want to stay home with all those children, anyway? And feminism brought it’s own mixed bag of attachment disorganization. Can you believe I once saw a headline on a 1970 issue of Ms. Magazine that read, “Yes, You Can Leave That Baby!” Then Feminism got into bed with Capitalism and gave birth to Consumerism, and today no woman GETS to stay home with her baby! Ai Yi Yi! What is going on here?!!! Deep breath, Wendy.

Back to attachment theory. Thanks to Bowlby, and many, many other bright thinkers in the area of developmental psychology, the theory has grown into a world-wide research phenomenon and become accepted by psychologists and psychiatrists, many of whom specialize in a kind of therapy based on the theory. It is the only psychoanalytic theory that is quantitative. Researchers can count and rate the injuries and connect the dots to adult outcomes. Parent/Infant attachment is now directly related to adult attachment organization. So, what’s that? (Coming in my next blog)

3 thoughts on “The Roots of Attachment Theory”