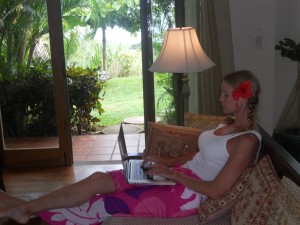 This blog started to bubble and hiss during a conversation with a young guide in Costa Rica, who helped us zip-line across the rain forest canopy. As he snapped hardware around the crotches of myself and a girlfriend, he grinned flirtatious directions like, “ladies, please spread your legs for me.” I thought this was a good time to ask if he was married. He shook his head and looked down. I took my cue and followed up with the other intrusive questions I have ready for evasive males. Children? Girlfriend? Fiance? Common law wife? In the end I discovered that this twenty-four year old has been living with a woman for the last five years and they have two children. But he has no plans to marry. This surprised me. In largely Catholic Costa Rica it appears that the no-rules-relationship-revolution is here too. I had thought this trend was exclusive to America where currently 40% of babies are born out of wed lock, my own included.

My thoughts came to a full boil a couple days later as I lay in a hammock under a palapa reading a biography referred by a friend. It is the story of the double life of author Alice B. Sheldon who found freedom in expression in the late 60’s and early 1970’s using a male pseudonym. A frustrated feminist, her work in the science fiction genre railed with themes of female oppression and female anger, all safely tucked inside the bodies of space aliens. This made me think about where I am today. Where we are, as women, as men, and children.

For years I have wrestled with questions destined for women of my generation. Unlike Alice, we were born liberated women, saddled with career goals (and identity!) Some of us are more like paycheck toting wives with economic parity on the home front but that’s still important. My mother, a sidelined feminist, never burdened me with a Cinderella dream of a prince and a castle, but instead noisily stuffed her unused ambition into my tiny head with words like “independence” and “…don’t need a man.” So many of my girlfriends were spoon fed the same messages by working mothers of the seventies or housewives who lingered at home and watched the battles from the foxholes of magazines, books, and television. I don’t consider myself a feminist in the vein of the early soldiers. Sometimes I call us post feminists. At other times I give a nod to those still actively organized in the cause of liberating women and acknowledge the third wave of feminism.

But my problem is this. Now that I am safely on the other side of the big leaps of struggle, past the shoulder pads and most of the glass ceilings, I see the flaws in the movement. I see the babies thrown out with the bath water. I hear the cries of toddlers with attachment injuries as motherhood increasingly becomes outsourced. I see the crumbling of good enough marriages and other kinds of love commitments as women continue to demand sanity and freedom. And I shake my head with astonishment at the one, last, accepted remnant of femininity, now exploded into a grotesque commercial monster — the sexualization of women. Must a new mother, plump with maternal fat stores designed to sustain a long term breast feeder, struggle on a stair master to squeeze into the latest Victoria’s Secret merchandize to please a husband and a culture and her female co-workers, who congratulate her for getting back into her jeans and her cubicle and her BMW within weeks of giving birth? I ask you, is this liberation?

What my mother forgot to tell me as she cheerfully handled Daddy’s paycheck and sent him off to supervise my brother’s hockey games and chauffeur me to ballet class, is that, in fact, to raise children well, you do need another person. That other person may not be a man. And he or she may in attendance out of economic necessity rather than biological obligation or love, but it really does take two people (at least!) to shoulder the workload and help us mothers feel liberated. And, by the way, raising kids and managing a home can be empowering itself. Mom didn’t know that because she didn’t have a cubicle or stock options to compare it to.

The third wave of feminism calls for more affordable childcare to help women on the path to some sort of economic equality. But shuttling babies and toddlers out to strangers is not the answer in my book. And what of the maternal women who work as childcare providers? Will the third wave of feminism find more liberated maternal women to help raise their kids? Then where does it all end? Probably with an underclass of low paid women skilled in childcare but little else. Oops! I think we have that already. We give these duties to immigrant women and call them liberated from their oppressive home cultures. Urgh! Feminism would do better to help “liberated” women relearn the some antiquated tools of relationship skills. Women have a specific skill set when it comes to communication and emotions. Why not put that to work into their relationships and get a helper with a biological interest in raising offspring?

And what of men? I mean, what are we going to do with all the fine men out there whose jobs as husbands and fathers are being outsourced?  I had dinner with a twice divorced man a while back who summed things up in a dismal way. “All women need us for is money,” he sighed. “As long as my child support checks keep coming, they need me for little else.”

But even that straight forward, though demoted task, may not be in the cards for men. If you believe last month’s Atlantic magazine article entitled “The End of Men,” women have both the numbers and skills to organize a coope. With 75% of embryos from fertility clinics being popped out as females (per parental request,) women outnumbering men on college campuses, and the decline of labor intensive jobs in favor of white collar employment that requires good social intelligence and communication skills, a matriarchal America is on the horizon. Already women make up more than half of the work force.

During the last year, my blogs has used data on gender and marriage to help us understand the changes in gender and relationships. I have tackled the rise of the metrosexual (liberated by masculine energy in women and by capitalist longings to sell more personal grooming products), the high divorce rate and birth outside of an old fashioned legal contract, the power and high depression rates of women today, the psychology behind cheaters, the growing single mother village and the confusing gender role expectations that sabotage so many relationships. 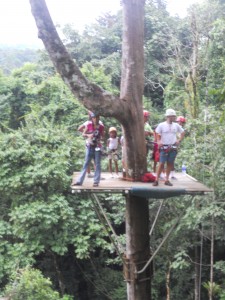 Our young zip line guide spends his days shuttling tourists like cattle across the treacherous heights of the rain forest canopy. He tells me his “girlfriend” says he works too much and doesn’t spend enough time with her and the kids. He tells me he loves his kids and he loves her, he just doesn’t like her anymore. So many marriages, legal or not, reach that stage of boredom and irritation. My best guess is that this is the time to use a human’s powerful mind to find a new path toward intimacy and commitment. Of course I speak from a place of wistfulness. Maybe the new kind of family will be our motley group who travelled to Costa Rica. Three single parents, five kids, and we mothered and fathered them all like an ancient village.