I’ll start with this disclosure. The single mother whose sexual harassment claim brought down the king of Hewlett-Packard is a dear, old friend. Jodie Fisher and I met in a baby group twelve years ago, were champions of the breast feeding brigade, bonded through the identity crisis that often accompanies new motherhood, and in recent years have lost touch as our work took us to different cities. 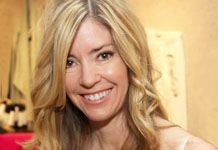 So to wake up this morning and see her as the top hit on CNN.com and on the second link of the New York Times in my Blackberry, is surreal. Reading the nasty comments of trolls and bloggers sent a chill down my spine. Our culture sure loves to blame women when men screw up.

For those who need the crib sheet for the background story, Jodie was hired by Hewlett-Packard to do what she does best. Be the social intelligence for world-weary CEO, Mark Hurd. As a marketing specialist, she acted as a hostess of sorts, introducing him at parties designed to woo high level clients.

There could be no better match that Jodie and this gig. Her social skills are so obvious, I used her as an example of “welcoming energy” in my 2003 book, THE GIRLFRIEND TEST: “Jodie is a shining example of welcoming energy. I can’t go anywhere with that girl without being crowded by men (and women for that matter.) In fact, she’s such a reliable people magnet that one year I took her to my company Christmas Party with 3000 employees and their spouses, and met more people that evening than in the entire two years I had worked there — because Jodie introduced me to them.”

But it appears that HP’s Mark Hurd wanted more than Jodie’s smile. She eventually sued HP for sexual harassment. The company says they found no evidence of this but Mark Hurd was later given the boot due to falsifying expense reports concerning his extracurricular time spent with Jodie. And before his exit, Mark gave Jodie (what I hope is) a big fat check. Men generally don’t do that when they’ve done nothing wrong. 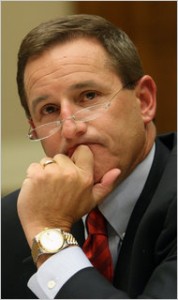 Now the world is speculating about whether this married man ever had sex with this single woman, but the question is moot. That part isn’t illegal.

Sexual harassment laws are quite clear. There are two types:

Quid Pro Quo Harassment – An employee is required to tolerate sexual harassment in order to obtain or keep a job, job benefit, raise, or promotion.

Hostile Work Environment Harassment – Harassment at work unreasonably interferes with or alters the employee’s work performance, or creates a hostile, abusive or offensive work environment. In determining if a workplace environment is “hostile.”

Both of those scenarios could have happened to Ms. Fisher. Apparently the CEO liked to “wind down” with a late night dinner with his marketing consultant and there may have been an implied or overt pressure for sex in exchange for future work. Or, he could have just been chasing her skirt at every event and created a hostile environment. Whether she crumbled under the pressure has nothing to do with the law. I’ll remind you, she is single. He is a married boss with power over her livelihood.

What irks me the most about this story is that Mark Hurd’s past is not being examined by the media. I noticed that one former HP employee posted a comment online that his firing is long overdue. But mostly Jodie is being called everything from a B-Player actress to a reality show star, both titles she wears with pride. Single mothers are very creative when it comes to to earning a living. And being a mother is Jodie’s primary career, let me assure you of that. She nursed her son for 18 months, survived a dangerous miscarriage, went through a painful divorce, and then picked herself up, dusted herself off, and got a kick ass job at Hewlett Packard.

Is the double standard really that entrenched that we slay the female victim and forgive men who abuse their power?

I texted Jodie this morning and we exchanged loving words for our kids. She and her twelve-year-old are from hiding from the media storm, obviously under a gag order. Men also like to stymie a woman’s voice when they part with their guilt money. When is life going to cut a single mother a break?