The 29-year-old South Carolina  mother Shaquan Duley, accused of suffocating her two toddler boys on August 15 and then strapping their bodies in car seats and pushing her car into a river, was certainly disparate. And while the media and public vilify her for committing such heinous crimes, there’s a piece of me that feels deep sympathy. And I wonder how much we can blame us, as partners in her society.

To put this mother’s crime into historical perspective, the act of infanticide by a parent is not new. Anthropologists speculate that for thousands of years as human mothers struggled to raise highly dependent infants and toddlers in harsh environments, they were forced to make heart-wrenching decisions between their own survival and the survival of their family, eliminating hungry mouths when necessary. It is estimated that in points in history, some hunter/gather mothers killed as many as 30% of their own children as a survival technique.

But we are not hunter/gatherers and we do not live in times of famine. Or do we?  In her new book, “Mothers and Others” UC Davis Professor, Sarah Blaffer Hrdy makes a strong case for “co-operative breeding,”  saying that the human species excelled partly because of an elaborate system of alloparents – aunties, friends, cousins, uncles, and grandparents who helped feed and care for small children while mothers foraged for miles looking for food. But as we became more industrialized and richer, dependancy on a safety net of caregivers became somehow old fashioned. Multigenerational households became far less common and families now often live thousands of miles away from kin, whose genetic interest in helping, once kept kids alive.

The current economic recession is harsh season to many. Shaquan Dulay was an unemployed single mother of three children under the age of five. She lived with her mother who was undoubtedly exhausted herself as she worked outside the home as a caregiver. To top it off, Shaquan’s sister also lived in the home with two more toddlers. Two young mothers. Five small children. A few food stamps and no job prospects. The situation would be challenging to even the most psychologically prepared. CNN describes Shaquan as poor, jobless and overwhelmed.

I ask myself, how did this happen to us, our wealthy culture? Where was the father? Where are the relatives? Where is the affordable day care? Where is the medical intervention that might have offered Shaquan birth control had she wanted it? Where was the education to help her make a better choice than the one she did? Where was the psychiatric help had she showed signs of cracking? 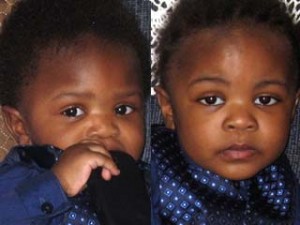 One can argue that she had choices. After that fateful fight with her mother when she stormed out the door with her two little boys, she called a friend who suggested she come over. She turned down that offer. That lifeline might have gotten her through the night, but what then? She was facing years of poverty. Watching children starve to death isn’t a fun option either.

Don’t get me wrong. I am not defending Shaquan’s choice. She committed probably the worst crime ever imaginable and deserves the consequences. But this tragedy will keep on giving. Her five year old daughter is now an orphan. Her mother is grieving over the deaths of her child and grandchildren. And I am washing the blood off my hands as I wonder how to prevent this from ever happening to another American child.

3 thoughts on “How Much is Society to Blame When a Mother Kills her Children?”