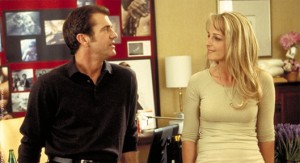 Trying to figure out what women want is at best complicated, and, at worst, a never-ending puzzle. Even uber-thinker Stephen Hawking, who has solved many of the universe’s mysteries, admitted the biggest mystery to him is women.

Thankfully a new set of clues has just been published. The 2012 Harlequin Romance Report surveyed 1,500 single women aged 18-40 and found them to be very clear about what they want and don’t want, at least when it comes to love.

First the good news. What turns women on? In the report the most common male traits that women claim put their heart aflutter are “a sense of humor” and a “killer smile.” This is perfect anthropological data. Cross-cultural studies show that women are attracted to mates based on intelligence, kindness and resource potential. A sense of humor is linked to intelligence, and a killer smile is an indicator of kindness. So, a crash course at The Improv or a visit to your local dentist might be just the thing to rev up your dating life.

Now the not-so-easy-to-swallow news. What turns women off? According to the Harlequin study, four traits or behaviors were most often sited as deal breakers for women.

The first was “men who are too needy.” The study didn’t provide a definition of needy, but it’s a term in our cultural lexicon that implies emotional dependency. Of course, women are wired to desire an emotionally intimate connection with a man, so on face value their rejection of “neediness” sounds counterintuitive. But let’s think about this. What kind of persistent “needs” do some men need satisfied? Time, money and sex, perhaps. If a dude becomes a time-sink, a purse-drain or a demanding sex machine, women run for the hills. Or maybe their definition of “neediness” just implies insecurity.

Right behind “neediness” in the turnoff department was “men who are addicted to their smartphones.” Seriously, guys. Those fun little surges of dopamine you get from an exciting email or text should be trumped by the surges of other things you get in her presence. If you want to impress a woman, turn off the phone and focus on her.

Another big turnoff was “men who display too many photos of them with their exes on Facebook.” I know. I get it. Seeing all those photos of you with those past gals reminds you of just how lovable you are. And you are lovable. But women don’t see it that way. They wonder if you’re a player or insecure. They want to be the only woman in your public space, not part of a harem.

Finally, women don’t like men who are grammatically challenged. If you’re going to train her to have a mostly text relationship, then at least spell correctly. The study showed that women still like text messages to have good spelling and punctuation. This is a sign of intelligence.

So be smart. Smile. Focus. And make a woman feel like she’s the only one. Now, is that so complicated?