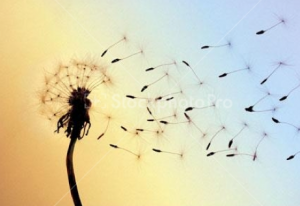 Men are interesting creatures. They have a magical ability to tune us out when the game is on TV. Even when stressed out, they can go into work mode and co-workers would never know their father was dying. And they always seem to be ready for sex. Especially lately. A high sex drive, it is speculated, can come along with a recession.

According to new research, when economic times are tough, men have higher sex drives and tend to seek out more opportunities for uncommitted sex. In the study, men were asked to think about their own death and then shown erotic photos. They found that men responded more vigorously to sexual pictures with increased heart rates when viewing those photos, compared to when they were told to think about dental pain. The researchers speculate that this reflex is related to our hunter/gatherer past. In evolutionary times, when humans were faced with a famine, a natural reflex evolved for a man to spread his seed far and wide as a last-ditch effort to reproduce before he succumbed to starvation himself.

Besides an ancient reflex, there’s another, more psychological, theory about why gentlemen prefer more sex when unemployment is high. Sex is one big stress reducer. It can induce relaxation and reduce anxiety. (In this regard, sex works the same for women too.)

But sex as a reflex in tough economic times has a modern day drawback. It doesn’t make sense today. Back then, the goal was for a hungry hunter to drop his seed in as many women as possible in the hopes that at least one woman would make it through the famine and let his genes survive. But today, a bunch of baby mamas might make it through a recession alive, but keeping one’s genes in the gene pool for many generations is more complicated than finding food.

A man’s desire for more sex during tough economic times is a lot like our inherited cravings for salt and sugar. Both trace nutrients in our hunter/gatherer past, we evolved to have an almost insatiable craving for salt and sugar, something that fast food manufacturers capitalize on. But this craving is no longer needed for survival. If we actually obeyed our cravings every time we saw salt or sugar, we’d die early.

The same goes for sex. When he’s craving a hook up, it’s no different than sucking on every sugar cane we stumble upon. Bad idea. Smart women know that the best hunters are selective and focused. The best way to live a long life is to control our cravings for unhealthy food. And the best way to have a long, multi-generational genetic line is to forego cravings for sweet and salty sex and instead invest time and resources on one woman and a few successful offspring. Smart men know that too.

4 thoughts on “FOR MEN: Why Men Want More Sex When Times Are Tough”