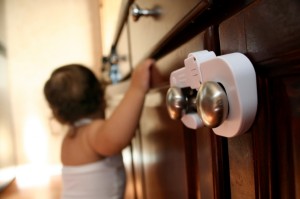 Households can take many shapes. Single parents, same-sex parents, blended families and multi-generational parents, to name a few. And research is revealing just which kinds of parents produce healthy kids. The results might surprise you.

Surprise, surprise. One of the major factors for a child’s overall well being, as it turns out, is the marital status of their parents. Research has found that children brought up by single parents or in blended families do not perform as well, academically, as their peers with married parents. Matthew DeBell, of Stanford University, published a piece in Social Indicators Research about children living without their fathers. DeBell found that if all socioeconomic factors were controlled the absence of a father would only give children a small deficiency. For most situations, the absence of a father creates a socioeconomic difference in the family life leading to worse health, academic achievements, educational experiences and less parental involvement in the child’s life. When there is an absent parent, or separated parents, many try to fill the void by bringing in a step-parent or co-parent. This may be more detrimental to the family environment than helpful.

The Fourth National Incidence Study of Child Abuse and Neglect (NIS-4)
found that children in blended families are more likely to suffer maltreatment and sexual abuse than children living with a single parent or married parents. Although single parenting may be a difficult task, in many cases it is better for the child, or children, present.

Another aspect of research that demonstrates the stable home environment marriage provides for children appears with same-sex marriages. Sociologist Michael Rosenfeld, of Stanford University, conducted a study to examine the educational achievements of children from same-sex couples and heterosexual couples. “The census data show that having parents who are the same gender is not in itself any disadvantage to children,” he said. “Parents’ income and education are the biggest indicators of a child’s success.” Rosenfeld specifically looked at the rates child of same-sex and heterosexual couples had to repeat a grade in school. He found there was little to no difference in children when it came to this educational achievement. The stable, nurturing environment that is healthy for childhood development is still present with married same-sex couples.

It’s not a perfect world, not every relationship or marriage will work out successfully. However, it is important to keep the well being of children involved in mind when it comes to making decisions about family structure.