The new drug of choice to get high…cheating? New research shows that positive feelings are an unexpected effect of cheating. Lead researcher, Nicole Ruedy, of the University of Washington, and her team found that many get a pleasurable pep in their step from performing unethical acts. Their study looked at 1,000 participants who claimed that being dishonest would make them feel guilty. However, when the participants were asked to perform tasks, such as math problems or spelling challenges, given the option to cheat without anyone knowing or being hurt, many of them felt happier when they peeked at the answers ahead of time. Of those who participated in the research, 68 percent of the group swindled the answers early and felt better than those who didn’t cheat. Ruedy commented that this research showed that some people don’t feel bad if they think no one is being hurt, and even get a boost when compared to completely honest people. 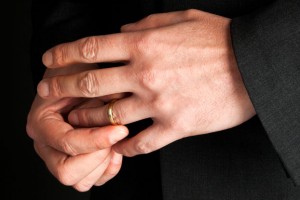 How does this translate to relationships? If a partner does not perceive infidelity as harmful, should they step out on a relationship, they may not feel guilty and may even feel secretly pleased. Maryanne Fisher, of St. Mary’s University in Halifax, Canada recently published a study in the journal Evolutionary Psychology about male versus female remorse over unfaithful acts. She commented that guilt is led by personal inferences about the importance and consequences of certain acts. The results of her study showed that women felt worse about emotional cheating, and men felt more sorry about sexual infidelity. Therefore, if a partner can rationalize a certain type of cheating, physical or emotional, to themselves, they are less likely to feel remorse about their actions afterward. Among the reasons cited for these results, researchers felt that people are often unable to see the perspective of their partner and how their values are different. Men, for example, fear physical infidelity and women tend to fear emotional infidelity. Fisher’s research suggests that men and women project their own emotional experience on the other.

This boils down to empathy. A more empathetic partner has the ability to feel other people’s pain and understand the root of it. In understanding the harm of unethical actions, like infidelity, they are less likely to get a ‘cheaters high’. Instead, they will preemptively regret an unfaithful decision and avoid what would cause their loved one anguish.