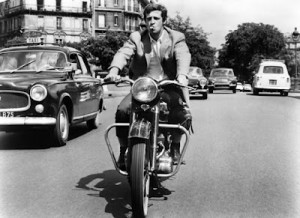 We all know what a bad boy is. He’s the kind of guy who comes in, uses amazing short term strategies, the guy who makes us feel so beautiful, so cool. Bad boys may be rich, they may be tall, they may be gorgeous, they may be have an exciting career, that we are interested in. And then they disappear for a while. Days. Weeks. And then they come back again. And everything is back on. They come and they go. They dance around conversations about commitment and clearly are not the kind of guys who are going to settle down and have a long-term relationship. (Although plenty of women hold the fantasy!)

Now here’s why so many of us are addicted to bad boys.  First of all, some women have an anxious attachment disorder. One third of American women suffered some kind of child abuse in their early years, and that abuse often came at the hands of someone they loved. They only know bad behavior and inconsistency. They are hoping somehow to make daddy love them this time, so they are more attracted to the guy who is less care giving.

Secondly, some women are insecure and they confuse a bad boy’s emotional unavailability with self-confidence. He’s aloof, he’s cool,. And they think, “I’m going to be the one to change him. I’m going to be the one to make the bad boy love me, because then I will be able to love myself.” But actually if you stop and learn to love yourself first, you’ll realize how bad boys are definitely the one thing you don’t need.

Finally, plenty of well-meaning women become ensnared by a bad boy through a learning theory called the “Random Interval Reward System.” Remember Pavlov and his dog, all the ways to shape human behavior through rewards? There is none better than the random interval reward system. It’s what Las Vegas is based on, and bad boys do it so well. It means the reward varies in size and the interval it’s administered varies in length as well. Just like a Vegas slot machine. So a bad boy shows up, he calls us, he takes us to a great date and every thing is amazing! It (he) pays off in a big way and then he kinda disappears. But we do still get drips and drabs of rewards. He calls every once and a while, he texts a bunch of times, maybe he does a drive by date with us and stops for a drink somewhere, while you’re waiting for the next big exciting date or the hot sex again. That’s how the bad boy gets you glued to him without you even knowing! And, by the way, he doesn’t even know he’s playing a game either, but the fact that he gives his attention in a random way, at different intervals, makes you addicted.

So it’s really important for you to become aware, if you are a bad boy chaser, whether it has to do with your attachment style, self-esteem or whether you’re just addicted to his random rewards.

2 thoughts on “FOR WOMEN: Why We Love Bad Boys”