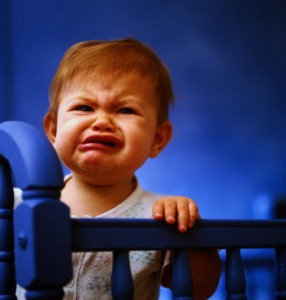 In this age where marriage and parenthood are increasingly separated across the social classes, many American babies and toddlers spend at least one night a week sleeping at the home of a non-custodial parent.

While this may be convenient for fathers who want a relationship with their children and single mothers who need a break, new research on attachment shows that young children who sleep away from their primary caregiver have an insecure attachment style with their mothers.

Attachment is a critical aspect of personality development and mental health. Having a close, enduring, bond with at least one primary attachment figure creates a blue print for love that a child will carry into their adult romantic relationships. And the younger the child, the more susceptible they are to attachment injuries that could lead to anxiety, depression, and mistrust of relationships.

This new research from the University of Virginia and printed in the journal Marriage and Family Health, shines a light on the dangers of even single overnights. Sleeping away from a consistent, familiar environment and mom, can cause a baby or toddler to have feelings of insecurity and have an insecure attachment with their mother. It also opens up the debate about how family courts dole out child custody arrangements. In deference to fathers rights, if both unwed parents want to be involved in the lives of their child, courts are increasing dividing custody of younger and younger children between two homes. But this research demonstrates that babies and toddlers would be better off seeing their father during day time hours and returning to a consistent environment for the night time routine.

It is important for adults to put the psychological needs of children above the needs of parents. Sigh. Parenting isn’t ever convenient.