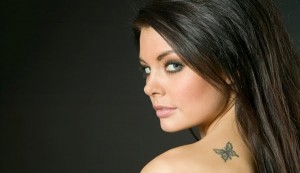 If you’re a regular single guy with a warm heart and an average face you probably know that sex with a woman is a joy, a pleasure, and maybe even part of a relationship that brings all kinds of emotional benefits. And if the relationship is new, or STD tests haven’t been done on both of you, I’m sure you’re using condoms. She insisted on it, right? Because she does that with every guy, right?

A new study in the Journal of Health Psychology called, The Role of Men’s Physical Attractiveness in Women’s Perceptions of Sexual Risk, showed a startling fact. Women are less likely to insist that a man put on a condom when he is especially attractive. Clearly, this is a dangerous practice, considering that the hotter a guy is, the more sexual opportunity he has, (read: potential to be exposed to more germs) and if most women who sleep with hot guys are also not insisting on condom use, then it doesn’t take a math genius to see that hot guys can be one big populated petri dish.

Here’s why this should matter to you. While it’s true that women have a much higher risk of contracting an STD, as they are the ones who accept the deposits, so to speak, most men don’t know that when they do contract an STD, it often has absolutely no symptoms at all. Without a condom, you can become the carrier to the whole female species. Take Chlamydia, for instance, one of the most common STD’s. Not a lick of a symptom in most men. Yet this pesky bacteria is the most common sexually transmitted disease and can cause infertility in women.