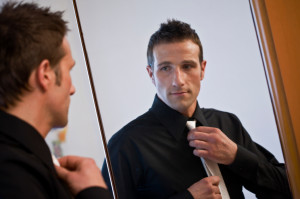 Let’s face it, first dates can feel downright awkward. Two people, pretending to be who they wish they were, while they keep their real motives hidden. Is she looking for a boyfriend or a fling? Is he thinking she could be wife material or a fun-time girl?

While traditional dating wisdom says that women decide within 30 seconds if they are physically attracted to a man, a study done by the University of Texas demonstrates that it takes twenty minutes for men to decide if they want to have a second date or not. The study also found that the more attractive a female date is, the more likely a man inclined to take her out again. (They needed a study to decide that?) And, the thing that keeps men strong and brave, even if they aren’t sure that she’s swooning, is the fact that men tend to over estimate how attracted a woman is. This crazy male trait can also set men up for a serious let down.

Here are three tips to help you men have a successful first date:

And, if your date goes well and you hope it may lead to sex, arm yourself with knowledge about the differences between men and women’s sexuality. Watch my video here:

One thought on “For Men: First Date Strategies”