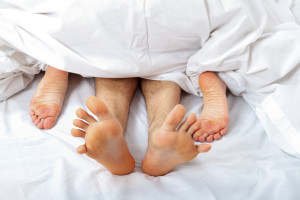 The study of women’s sexuality is relatively new in the grand scale of research history, but now science is finding statistics about women’s sexuality that make most women say, “Duh.” Here are a few recent studies that might surprise some men:

2. Women’s brains can separate mental arousal from genital arousal. For instance, even if she is not mentally stimulated, a woman’s body can have a physiological reaction to sex. (Thus the confusion of some rape victims who experience a spontaneous orgasm during the trauma.) And women can sometimes be mentally aroused and have trouble becoming wet and wild down below.

3. Body image is connected to sexuality for women. Women who feel more positively about their own genitals find it easier to orgasm and are more likely to engage in sexual health promoting behaviors, such as having regular gynecological exams or performing self-examinations.

4. For women, physicality grows out of emotionality. Emotional availability activates their physical sexuality. Women are more apt to show up physically and sexually when their partner is emotionally present, while men tend more to just show up.

5. Women fear emotional infidelity more than physical infidelity and men fear the opposite. In one study women preferred that their husband see a prostitute once per week rather than have platonic, though intimate, lunches with a co-worker. This points to the fact that women fear a diversion of resources that might come with an emotional connection.

6. Women have less ability to have a stand alone physical relationship because their body releases oxytocin during orgasm. Oxytocin, the female bonding hormone, is also released during breastfeeding. For that reason women sometimes become bonded through sex even when they don’t mean to.

One thought on “FOR WOMEN: Six Sexuality Facts That May Surprise MEN”