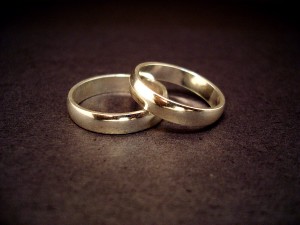 I have a guy-friend who has been un-divorced for three years. What that means is that he pays all his wife’s expenses while she lives in another (much smaller) house in the same city. They are both dating other people and speak only about practical household matters. When I ask my friend why he doesn’t get divorced, he shrugs his shoulders and says, his wife hasn’t asked for a divorce. I have a few theories on why this couple doesn’t legally pull the plug on their marriage — divorces are expensive, emotionally gruesome, and staying married is a kind of relationship that fulfills an attachment need for those who are more intimacy avoidant.

Apparently my friend’s situation is not unique. While it is difficult to estimate the numbers, a recent article in the New York Times says that “society is full of whispered scenarios in which spouses live apart.” The article even sites famous gazillionaire, Warren Buffet, who separated from his wife in 1977 and remained married to her until her death on 2004, even though he was living with another woman.

I would venture to say that there are three categories of people who live in this marital limbo. First, wealthy people who stand to suffer financially if a divorce breaks up assets, like companies and real estate holdings. Second, couples with children who are co-parenting, albeit from separate homes, while health and life insurance policies remain intact, and finally, that large group of wishy-washy, can’t-get-off-the-fence Americans who fear intimacy and deep emotional commitment. After all, staying married to an estranged spouse protects one from having to marry anyone else. For some, staying un-divorced is a perfect purgatory where they can maintain a social illusion of a legal pairing, while sowing their oats elsewhere, yet never having to bring the new crop to fruition. For some of these scenarios, according to The New York Times, pressure from a new paramour is the most common cause, finally, of a delayed divorce.

But there are downsides to this legal limbo. A couple’s financial lives are still intertwined so if one goes boom or bust, the other is eligible to part take in the windfall or responsible for the other’s debts. And if a separation goes on until death, it can mean a big mess for survivors who may include new kids and new “unmarried” step-kids.

For me, the woman who preaches, empathy, compassion, and connection, I think there’s far more going on psychologically than just financial convenience. I’d bet my house on the fact that in many cases of “un-divorce” one spouse is still secreting pining away for the other and even a thread of attachment adds hope to the longing. In other scenarios, the marriages were emotionally disconnected in the first place so moving to a defacto commitment is probably closer to the true spirit of their original marriage. In the words of my late Irish grandmother, “Poop or get off the pot people!” Being in the middle of the road can turn you into road kill. 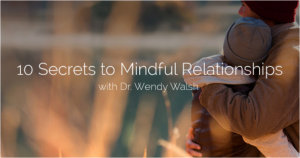 Get the love life you deserve in my new online workshop, 10 Secrets of Mindful Relationships!Im excited to share the steps you need to incorporate mindfulness in your current or future relationships. Sign up now on popexpert.com:http://bit.ly/1GOwq3v

FREE VIDEO: 3 Secrets about love that nobody talks about. Sign up for my newsletter?.

2 thoughts on “Is “Un-Divorced” The New Marriage?”