With the current news cycle spinning with stories of family separation with immigrant children detained at the US/Mexico border it seems a good time to break down attachment theory and the possible psychological injuries to separated children. 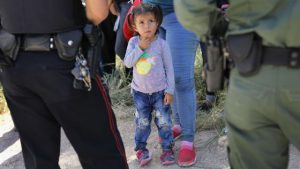 The idea that the quality and consistency of early life attachments — and parental separation — can shape adult personality, was first identified by John Bowlby, a British developmental psychologist and psychiatrist. In the 1930’s and 40’s germ theory became widespread and in a rush to protect sick children from possible exposure to biological infections, hospital’s began to bar families from visiting or touching and consoling children. John Bowlby was working in these hospital settings and witnessed the distress of family separation. Later, when the children were well enough to return home, parents reported that it was a “different” child who was returned to them, an unruly, dispassionate child. Thus were the roots of attachment theory.

Later, after World War II, the World Health Organization commissioned Bowlby to mount a study of children separated during wartime — Kinder Transport that moved Jewish Children from Nazi controlled areas and the London program that saw thousands of children sent out to the English countryside for their protection during London bombings.

These unlikely study subjects, along with orphans and foster children, have now been studied for decades  in relation to adult depression, anxiety, aggression, criminality, stress coping style, and even inflammation, obesity, alcoholism and heart disease. And the news isn’t good.

Having a solid, supportive, loving, parent-child attachment is crucial to a human’s mental and physical health. Abuse and separation in early life can change the human brain and alter an individual’s capacity to love. The trauma of parental separation can impact whether a child will finish high school, get a job, marry, commit domestic violence, serve time in prison, become an alcoholic or have a heart attack.