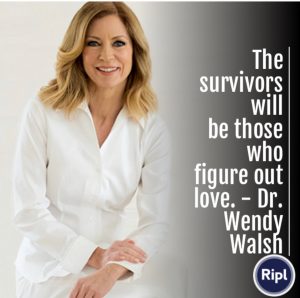 The science of love is the most fascinating topic I know. Human attachment is parts biological, psychological and sociological. That’s why I’m excited to tell you that my new Podcast called, Mating Matters, in partnership with iHeartMedia, is launching everywhere on Valentines Week. In Mating Matters podcast I explore human behavior through a lens of reproduction. I believe that even when people are not thinking about sex, ancient programming makes us respond to mating cues that impact just about every decision we make.

Mating Matters: We are wired to reproduce.

Let’s face it, we are wired to reproduce. So powerful is this instinct that it has secretly embedded itself in almost every human behavior. But we are so used to being human and hanging out with humans that most people can’t see it. Listen to  Mating Matters podcast and you’ll understand yourself a little better. Here are some things you’ll hear about:

Did you know that men can tell a woman is fertile by the her voice? Or, how about the fact that women like deep male voices maybe  even more than men with deep pockets. There’s even an episode called The God Who Clubs where we look at how religions created rules around dating, mating, and marriage in order to increase their membership? And, here’s a fun fact: Did you know that humans are the only species besides killer whales that has menopause and the only primate where males don’t usually kill babies? There are important evolutionary reasons for all of this. It’s all linked to our survival of the fittest mentality.

I explain it all on the Mating Matters Podcast. Human behavior viewed through a lens of reproduction.

Mating Matters is coming on Valentines Day, 2019. You can listen and subscribe on Apple Podcasts, or the iHeartRadio app, or wherever you listen to your podcasts. Psychologist and Relationship Guru, Dr. Wendy Walsh, can also be heard on iHeartRadio’s KFI AM 640 Los Angeles on Sundays from 4-6 pm pacific time.