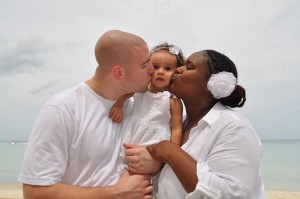 The shape of our families is changing. People are marrying for the first time later in life, and the divorce rate is soaring, giving way to many single parent households. Single life is no longer a short rite of passage; it’s an important consumer demographic. For the first time in history (since the immigration of mostly male, early settlers), almost half of adult Americans are now unmarried. There’s even a magazine devoted to the lifestyles of those who have made a commitment to be single. It includes ads for commitment rings to purchase for oneself.

But has love changed? Has committed love been replaced by a revolving door of dates? Is long-term monogamy even necessary for our species’ survival? The answers are complicated. Marriage may be changing, but it will never go out of style.  In case you’ve been living under a rock, there’s a fight going on right now in America to allow more people to be granted marital rights.

Marriage may not be going away, but its purpose has shifted. Historically, marriage was a place for women and children to have economic protection. It was a place where religious values could be taught and extended to the next generation, and a place where family fortunes could remain intact. More recently, marriage became a place for a relatively new invention: romantic love. But since dating and hooking up have morphed into America’s favorite pastime, full of hopeful highs and disappointing lows, even romantic love is losing its luster.

So why choose marriage today? Because it is an intellectual decision that leads to survival of the species. Anthropologists have always said that it was human’s sophisticated social structures, including the adoption of long-term monogamy, that help our species procreate and thrive.

Humans are the animals that require a huge amount of nurturing for our psychological and physical survival, more than virtually any other animal on earth. While most newborns are up on four legs and running with the herd just hours after birth, we Homo sapiens have a vulnerable in-arms (or stroller) phase that lasts almost four years. And it’s really, really hard to nurse and carry a baby while extracting resources from the environment. Just ask any single mother. Doable, yes, but very difficult. Remember the mission: to grow up healthy and create offspring that are also healthy and ready for careers and parenthood.

GET FREE VIDEO: “3 Secrets about love that nobody talks about.” Sign up for my newsletter!

Family therapists know that dysfunctional family systems eventually fall out of evolution’s chain. Each generation has fewer and fewer offspring that survive through the next procreation, until the family line finally dies off. Apparently, neglectful parenting can create drunk drivers, criminals caught in crossfire, hermits, drug addicts, and narcissists too selfish for parenting — all people with lower chances of reproducing. But let me make one thing clear before I get inundated with e-mails about this: I am IN NO WAY SAYING that all single mothers create dysfunctional families. What I am saying is that every time one factor is removed from a system that has been selected through evolution, the chances for dysfunction increase. Plenty of single mothers are raising healthy kids with the help of extended family, surrogate male role models, and friendship villages that act as a de facto family. And this is part of our changing family structure.

Evolution has shown that our best chances for survival and for the survival of our offspring’s offspring is a team approach to raising humans. And the best team captains are people who have a biological interest in the child. And to create that, we need to sometimes put the notion of romantic love aside and make an intellectual decision to do what’s best for our genes, ahem, I mean kids.

I’m looking forward to helping you finally get the love you deserve! I hope you’ll join my new online workshop on popexpert.com, 10 Secrets of Mindful Relationships. Registration is open now: http://bit.ly/1GOwq3v

FREE VIDEO: “3 Secrets about love that nobody talks about.” Sign up for my newsletter .