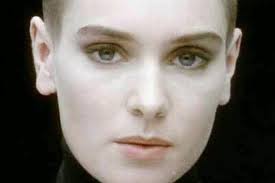 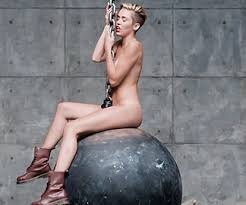 I saw your Facebook and Twitter inter change today. Sinead, I commend you for taking a risk to be so publicly honest about the exploitation of Miley by the music industry. But, you know, Miley is in the bubble right now and can’t hear you. Yes, she looks at you as a role model and harkened to your “Nothing Compares 2U” video with her hyped up cartoon face in her “Wreaking Ball” video, but she is in the land of no “No’s” where she can’t make the distinction between art and commercialism. You and I have the gift of aged wisdom that she doesn’t have yet.

My ten-year-old daughter Jones watched Miley’s Wreaking Ball video and Sinead’s Nothing Compares 2U with me. Here’s my interview with her: 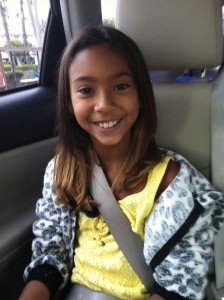 Q: Are you a fan of Miley Cyrus? Why or why not?

Jones: I liked her on only Hannah Montana. Then she got inappropriate.

Jones: Because nobody is supposed to see anybody naked. You can only be naked if you are a baby or to your husband or boyfriend.

Q: Why can’t you be naked on the internet?

Jones: Even Native Americans covered up most of their body because it’s fragile and those are the parts to make love. So they cover them up so people they don’t want to make love with won’t see. That would be embarrassing and it might make people be stalkers.

Q: What about Miley’s music?

Jones: I can’t really appreciate the music with the video because it makes me think bad about her. So I put on the lyrics only videos that the fans make. Miley, you shouldn’t do videos like this because it’s not a nice art.

Q: What did you think about Sinead’s video?

Jones: It showed real emotion. It wasn’t all fake. I could tell that they were real tears.

Jones: Sinead, because she seems very nice and smart. I don’t like to see Miley naked.