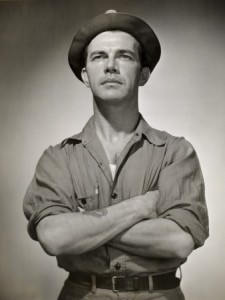 There’s a new kind of man surfacing in our culture. He’s unattached. He may be underemployed. And he’s under the radar of most women. I call him a free-range man but unlike the brave, wandering hunter of our anthropological past, this man is a fall out from the rise of women in the United States.

But what’s happening to men in this culture of soaring and single parenting women? Well, some are struggling in terms of connecting. If they are making money, they may be accumulating assets instead of family. I once met one fifty year old, never married man, with five houses and six cars, and no children. If they aren’t making money, they may be rooming with other free-range men, or even living with Mom under the guise of caring for her. If these free-range men are divorced, they may be exiled from the life-sustaining social community that the ex-wife and kids won in the divorce. I think of the night in 1993 when a recently divorced OJ Simpson watched through a restaurant window, the dinner of his children and his wife’s family celebrating his daughter’s dance recital. Witnesses say they saw him pacing back and forth, like a caged animal stuck behind a barrier. Hours later, his beautiful ex-wife, Nicole Brown Simpson, was dead.

More than ever, working class men are finding themselves single. Their female peers, seduced by education and careers, often come down with a case of what sociologists call, “The George Clooney Effect,” the desire for a higher status man as mate. Of course, the math isn’t in their favor. Many women are missing their fertility window as they wait for a marriage offer from a CEO.

In this month’s Atlantic Magazine, there is a horrifying story of a serial killer who targeted unattached, working class men by advertising on Craig’s List for a caretaker for a secluded farm. The killer seemed all too aware of the vulnerability of this kind of victim, as if their disappearance would go unnoticed. But, as the article eventually revealed, the murderer underestimated one thing — the degree of non-traditional connections these men had. One had a walkie-talkie relationship with a longtime buddy. When just one day went by without a radio blast, he was on the hunt for his friend. Another had a father/daughter style relationship with a young housekeeper, and still another had a sister who wouldn’t quit looking.

Humans are wired to bond. Having secure attachments and frequent social activities affect our biology. But in this era of mobility, loose family connections, and information based jobs, there is a group of able-bodied, thoughtful men, who are being given short shift.