No matter, like fast food, cheap, available, junk food sexual eye candy is not going away. Fully one third of all content on the inter 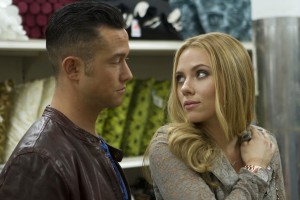 Women, on the other hand, are being fed a constant stream of unrealistic relationship expectations in the form of romantic comedies. The plots of movies like When Harry Met Sally, No Strings Attached, Friends with Benefits, etc, send the message that the key to a perfect relationship is to find love and get him to commit. In fact the key to a great relationship is to become a good partner yourself. But most romantic comedies end at the beginning of the relationship, and we never get to see the challenging emotional work. The same goes for pornography. Women as sex objects with no emotional integrity simply isn’t realistic. Don Jon is a fascinating movie because it addresses this issue head on. Kudos to Joesph Gordon Levitt on having his finger on the pulse of modern relationships.