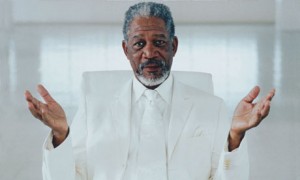 I usually disagree with much that lawyer/commentator Ben Stein says but his comments on CBS’s Sunday morning about God were on point. (I’ve copied his editorial below, at least the version that has been flying around the internet.) He’s right. The question of which God and which back story is less important than the need to reinstate the trappings of all faiths — community, meditation, prayer and moral teaching.
Every religion in the world functions as a giant anxiety reducer using tools that have been proven through psychological research to improve our mood and even our health. Regular meditation — silence and a quieting if the mind — has been shown in only eight weeks to reduce blood pressure, increase feelings of well being and decrease stress. Every religion has some form of chanting, whether it be Catholics saying the rosary, Jews reciting a Shemah, or Buddhists chanting. The sound waves from a prolonged chant can calm the central nervous system and improve our immune systems. That’s why Buddhists use it to prepare for meditation.

But the assembly in communal groups is perhaps the best sustenance for human beings. We are thinking, feeling, social creatures. Our most torturous form of punishment in our prisons is solitary confinement. We are meant to meet, lock eyes, smell pheromones, and hug each other — something that a Facebook poke can never copy. Today, the groups we meet with face-to-face, in workplaces, schools, restaurants and night clubs, come with rules to wear masks that create artificial hierarchy and deny our humanity. What we are lacking is a place to really be seen by each other.

In our public schools today (my kids are there) the God is the planet. Moral teaching has been thrown out like the baby with the bath water, left as a responsibility of time strapped dual working parents. Less than 25% of elementary school children had one stay-at-home parent. Fourteen million single mothers are raising one-in-four American children and one third of those kids of divorce haven’t seen their father in a year. And most of those parents have abandoned the moral compass handed to them through their parents religion.

I will disagree with Ben Stein on two points. It’s a little unfair to Adam Lanza’s mother to imply that a little God and a little spanking would have saved lives. And he’s wrong about corporal punishment. Study after study has reinforced the knowledge that hitting kids teaches them mostly how to hit. The Sandy Hook tragedy has complicated underpinnings that involve mental health care, gun regulation, divorce, parenting, and yes, a lack of community intervention.

But how can we intervene if we really don’t know each other because we are not meeting together as real human beings? We need the nutrition that comes from faith-based groups, even if we disagree about the religious back stories.

The following was written by Ben Stein and recited by him on CBS  Sunday  Morning  Commentary.

I don’t like getting pushed around for being a  Jew, and I don’t think Christians like getting pushed around for  being Christians.  I think people who believe in God are  sick and tired of getting pushed around, period.  I have no idea where the concept came from, that America is an explicitly  atheist country.  I can’t find it in the Constitution and I don’t like it being shoved down my throat…Or maybe I can put it another way: where did the idea come from that we should worship celebrities and we aren’t allowed to worship God  as we understand Him?  I guess that’s a sign that I’m getting old, too.  But there are a lot of us who are wondering where these celebrities came from and where the America we knew went to.

In light of the many jokes we send to one another for a laugh, this is a little  different:  This is not intended to be a joke; it’s not  funny, it’s intended to get you thinking.

In  light of recent events… terrorists attack, school shootings,  etc..  I think it started when Madeleine Murray O’Hare (she  was murdered, her body found a few years ago) complained she  didn’t want prayer in our schools, and we said OK.  Then  someone said you better not read the Bible in school…   The Bible says thou shalt not kill; thou shalt not steal, and  love your neighbor as yourself.  And we said  OK.

Then Dr. Benjamin Spock said we shouldn’t spank our  children when they misbehave, because their little personalities  would be warped and we might damage their self-esteem (Dr.  Spock’s son committed suicide).  We said an expert should  know what he’s talking about..  And we said okay..

Now we’re asking ourselves why our children have no conscience, why they don’t know right from wrong, and why it doesn’t bother them to kill strangers, their classmates, and  themselves.

Probably, if we think about it long and hard  enough, we can figure it out.  I think it has a great deal to do with ‘WE REAP WHAT WE SOW.’

Funny how simple it is for people to trash God and then wonder why the world’s going to  hell.  Funny how we believe what the newspapers say, but question what the Bible says.  Funny how you can send  ‘jokes’ through e-mail and they spread like wildfire, but when you start sending messages regarding the Lord, people think  twice about sharing.  Funny how lewd, crude, vulgar and obscene articles pass freely through cyberspace, but public  discussion of God is suppressed in the school and workplace.  God belongs in the schools, those don’t like it, should go to a different school look how the schools and churches have changed, since he left.  We want god back, in everything they pushed him out of.  The government needs god back.  AMERICA NEEDS HIM BACK.

Are you laughing yet?

Funny how when you forward this message, you will not send it to many on your address list  because you’re not sure what they believe, or what they will  think of you for sending it. Funny how we can be more worried about what other people think of us than what God thinks  of us. Pass it on if you think it has merit.

If not, then just discard it… no one will know you did.  But, if you discard this thought process, don’t sit back and complain about what bad shape the world is in.