Are you a spooner? An edge hugger? A toe toucher? New research shows that the sleeping position couples choose is directly related to their relationship satisfaction. The data on 1000 couples was collected at the Edinburgh Science Festival and the biggest finding was that the further a couple sleeps apart, the more unhappy their relationship.

As for slumber positions, the majority of couples reported sleeping on their backs with spooners running a close second. Next most common were back-to-back sleepers and only a mere 4% of couples sleep facing each other. But the most telling feature was how many inches apart they slept. Partners who have physical contact while they sleep reported the most positive feelings in their relationship, while those who slept thirty inches apart reported the least relationship satisfaction. Interesting to note that, other research shows that one in four American marriages sleep in separate beds.

It makes sense that uneasy alliances would be less likely to cuddle up after dark, but could a change in sleeping position actually improve a relationship? The answer depends on whether both partners want to change their relationship. If that is the case, it stands to reason that touch can be healing. The neurochemical effects of skin-to-skin contact in infants and children have been well documented. In fact the absence of touch can stunt the growth of babies. Touching and hugging can release oxytocin, the hormone associated with bonding in humans.

Even though sleeping is quiet time, sometimes couples can encounter a lot of commotion throughout the night, such as if one’s partner snorts like a trumpet, or rolls to the other side with the covers. Regardless of any problem while sleeping with one another, our bodies get emotional nutrition through touch. If a couple is sleeping separately because of snoring or a medical condition, it would serve their relationship well to schedule extensive cuddle time, maybe while watching television. Another option to think about is to start the night together and have one partner leave when the snoring gets bad.

My advice? First have a talk and then have a touch. Even those with menopause hot flashes might benefit from a little nocturnal toe touching.

WANT TO KNOW MORE ABOUT LOVE AND SEX? GET 50% OF MY ONLINE WORKSHOP “THE PSYCHOLOGY OF HUMAN MATING” USE PROMO CODE “LOVE 50” CLICK HERE 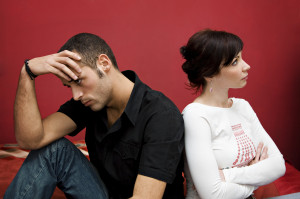 Some of the reasons couples stay together or break up may surprise you. While it’s easy to assume that most people stay in relationships because it feels good and there are plenty of rewards such as having a close connection, along with physical and emotional intimacy, new research shows that depending on your attachment style, you may stay or leave for different reasons.

Stephanie Spielmann, of the University of Toronto’s department of psychology was one of the first researchers to look at the effects of social threats and rewards in relation to love commitment. They studied three separate groups of couples totally nearly 2000 people of both genders from the United States and Canada. And what her team found is that attachment style has a lot to do with why people stay.

What does all this mean to us? Simply put, people who have anxiety about love, tend to stay in an unsatisfying relationship because they fear being single. They actually settle for less, because they fear losing their relationships is worse than staying in a bad place. And people who avoid emotional closeness tend to have higher commitment problems. Not surprisingly, people who have a secure attachment style, those with high self esteem who can give and receive care comfortably and feel that closeness is rewarding, tend to have higher commitment levels and ride out the bumps of relationship ruptures well.

If you suspect you are in an unhealthy relationship, it’s important to understand your attachment style and to examine your fears about being single. Feelings of loneliness are painful feelings for both genders but dating a hurtful person can have longterm effects on self-esteem. Knowing your real value on the mating market is key to maintaining confidence in your current relationship.

WHY PEOPLE DATE OUT OF THEIR LEAGUE

Why People Date Out of Their League 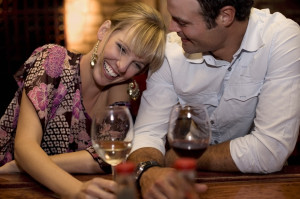 Here’s a strange misconception going on in our culture and I’d like to clear it up right now so we can all get on with our lives. There seems to be this idea that finding a partner with whom we can exchange mutual care, is about finding a perfect match — a soul mate. This idea has fueled the entire dating industry that includes websites, TV shows, and every romantic comedy that’s ever been written. And this idea of romantic love has also caused many divorces when partners become disappointed that their marriage isn’t filled with “love.”

But let me say it loud and clear: Love isn’t something you search for. Love is something you actively create. You are in the driver’s seat. And you can direct your love on anyone you choose. Need proof? Look at this statistic. There are far more arranged marriages in the world than marriages based on romantic love. That marriages based on love is over 50% and for second marriages based on love the divorce rate is much higher. However, worldwide, the divorce rate in arranged marriages is 4%. Part of this success is due to the cultural factors that help glue the relationship and another part of it is the intellectual commitment made by each partner. But knowing this. Let me ask you, why not arrange your own marriage?

Granted, we are not attracted to everyone we meet. Sexual attraction, which is quite different from love, is a hypnotic cocktail of brain stimuli responding to vision, sound, and pheromones. Each of us has a unique mix of memories from our sexual development that merge together to create our version of a sexually attractive person. But, let’s now ask anyone reading this: Are you sexually attractive in a very narrow group of people. Of course not! We would never have survived as a species if our wiring was so narrowly directed. There are many, many potential partners out there for all of us, both men and women.

Being an active lover means having compassion and empathy for another person and adjusting your behavior to accommodate them. That doesn’t mean having no boundaries and being a doormat. But it also doesn’t mean bailing when the first hint of conflict arises. Love is a decision, not a quest.

I’ll bet if you adjusted your mindset, you could find love today.
Hint: It’s all in your head.