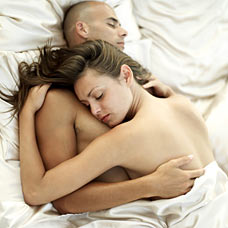 One of America’s latest dating trends is what appears to be a hybrid of cohabitation and dating. It’s called the stay-over relationship, and lots of couples these days are doing it. Ultimately, it’s when couples keep the essentials like toothbrushes at each other’s places but still maintain separate households. They’ll spend the night at the partner’s place a few nights a week but can still retreat to their own home for a night or two when they need their space. The new trend is especially popular among college students and parents of kids who have left the nest.

Since stay-over relationships have recently become an emerging trend there’s not a ton of research about their longevity yet. Social scientists have just started to explore what they’re all about. It’s been suggested that they appeal to those who are interested in an intimate relationship but still want to maintain a high degree of personal freedom. Researcher Tyler Jamison at the University of Missouri suggests that stay-over relationship may make for a cleaner break-up than for couples that have signed a lease, bought furniture, and even adopted a pet together. Jamison says, “Staying over doesn’t present those entanglements.” In their groundbreaking study, University of Missouri researchers found that couples in stay-over relationships are relatively happy, but don’t necessarily plan on moving in together or getting married.

It’s the age-old question that men often ask themselves: Why do women have sex? And why do women have sex without commitment? It might be easy to assume that a woman’s sexuality is like a man’s, but if that were true, why would so many men still believe that there are good girls for marrying and fun girls for, well, fun? (That double standard is a myth, by the way.) Before you label her one thing or the other, consider her motives for hooking up with you.

She Thinks Everybody’s Doing It

Women feel pressure to have sex because of an urban legend that says “everyone else is doing it.” In actuality, this isn’t true. A survey given on college campuses shows that college students talk about hookups far more than they’re actually occurring, so women think that becoming sexual with a man early on is normal behavior.

END_OF_DOCUMENT_TOKEN_TO_BE_REPLACED

A white dress with something borrowed and something blue? Unless you’re Kim Kardashian — and are doing it for show — a traditional wedding might not be your destiny. But something better than a hubby/two kids/tract house life might await you because today, you’re in charge of your relationship.

Traditional? Not so much.

Over the last 30 years, the American relationship landscape has changed dramatically. Traditional marriage is on the decline. Living together, gay/bi and “stay-over” relationships are increasing, and for more than a decade, 40 percent (almost half!) of American babies have been born out of wedlock.

END_OF_DOCUMENT_TOKEN_TO_BE_REPLACED

Have you ever noticed that I talk about relationships all day long and I only rarely mention love? And when I do, it is usually to caution that it is a delusion intertwined with sexual attraction. Or, I remind you that love is a verb, not a noun. An action word. Not a state of being. Long term love is an intellectual commitment, I say. Could I sound any more unromantic?

Hey, and speaking of romance, I normally dismiss flowers, chocolate, fine wine, and high heels as  simple accoutrements to delusion. I should also tell you that my “brainy” ideas about love have garnered me a group of male readers who say, “finally a woman who gets it.” Men do love to make rational sense of things that are so irrational.