The 29-year-old South Carolina  mother Shaquan Duley, accused of suffocating her two toddler boys on August 15 and then strapping their bodies in car seats and pushing her car into a river, was certainly disparate. And while the media and public vilify her for committing such heinous crimes, there’s a piece of me that feels deep sympathy. And I wonder how much we can blame us, as partners in her society. 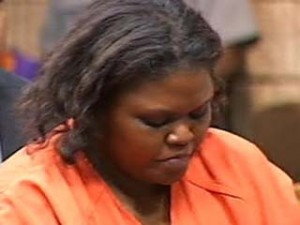 To put this mother’s crime into historical perspective, the act of infanticide by a parent is not new. Anthropologists speculate that for thousands of years as human mothers struggled to raise highly dependent infants and toddlers in harsh environments, they were forced to make heart-wrenching decisions between their own survival and the survival of their family, eliminating hungry mouths when necessary. It is estimated that in points in history, some hunter/gather mothers killed as many as 30% of their own children as a survival technique.