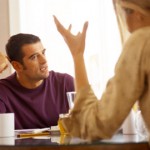 There it is. That giant silence between you and your partner. You know you want to tell him what’s bugging you. But will he tune you out, respond with a wall of defenses, or might you actually be heard?

Criticizing in a healthy way is a delicate business. It’s so easy for the recipient of your “gentle shaping” to perceive it as an attack, and shoot back with a strong defense before the full value of the words sink in. It’s also really hard for the communicator of a criticism to use kind enough language. Too often, our criticisms come in the form of an angry explosion after a buildup of irritation. Or, perhaps you have been taught not to express your needs, so that when you finally do, guilty feelings cause a kind of confrontational tone — as if you are trying to convince yourself that it’s okay to criticize.

END_OF_DOCUMENT_TOKEN_TO_BE_REPLACED 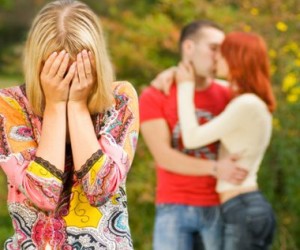 If only the cheaters and bad boys came with a warning label, so they’d be easy to spot before you laid your heart on the line. Some people who are prone to sexual infidelity do have an M.O., and here are some helpful tips to spot them.

First, look at their intentions when you first meet them. Research has shown that people who tend to be unfaithful are often emotionally avoidant. They dance around the tender topics like feelings most likely won’t open up about their family. One way an emotionally avoidant person operates is to extract sex and move on or they will carry on multiple relationships where they don’t have to get close to any one person.

While you’re out, be aware of your date’s social behavior. Studies have shown that a healthy sense of guilt can keep people monogamous. Faithfulness comes out of a sense of not wanting to betray their lover or hurt someone’s feelings. So if your date isn’t showing a lot of empathy or compassion to the people around, maybe even by being rude to a waiter, not tipping well or littering on the street chances are they don’t carry a lot of guilt. Instead, try to seek someone with strong moral values. They don’t have to attend church regularly, but if they were raised with any kind of religion they will know the Golden Rule. Remember that one? “Do unto others as you would have done unto yourself.” It means somewhere deep in their soul exists early life moral programming that can be helpful.

Here’s some research you might find fascinating, the higher a male’s IQ and education levels are, the less likely he is to cheat. Think about it, if we drive by a fast food restaurant and don’t stop it’s because we have made an intellectual decision not to put the fat and sugar in our body. The same goes for a man passing up a sexual opportunity. He is making an intellectual decision not to cheat, because he knows there will be consequences. A strong brain with good intellectual functioning can help him avoid his body’s temptations.

Here’s another fact that surprised me. Most would expect the alpha male, manly man, to be the one who wants to spread his seed, however, men with sexual anxiety issues are the ones to be wary of. These are the men who aren’t 100 percent confident in their sexual performance. These guys might think it’s their choice of partner, so they are more likely to see if it works better with someone else.

Let’s face it conflict is part of all intimate relationships. Parents get angry at kids. Wives get angry at wives. Brothers get angry at sisters. When I hear of a couple or family that “never fights” a red flag gets waved for me. And, I am quite assured that they don’t have true intimacy. When two separate people join together for common life goals, clashes are inevitable. But the presence of conflict alone is not an indicator of a relationship’s health. I prefer to focus instead on the ?nature of how couples and families make repair. How do couples make up after a fight? With apologies, contrition, consoling and even laughter? Or is the aftermath of anger marked by silence, distance and a new rule to never speak about the subject of the fight?

END_OF_DOCUMENT_TOKEN_TO_BE_REPLACED

The Huffington Post thinks that since I wrote THE BOYFRIEND TEST and THE GIRLFRIEND TEST, then I am qualified to write THE GOD TEST. Who am I to argue with the most read blog on the world wide web? I also noticed that many of the comment posters on the Huff Post’s article and on the attached YouTube video think that I am currently dating Jesus. So it makes sense that I submit him (and the other God’s lurking around) to my boyfriend test. Only to satisfy the Huffington Post, here is an excerpt from THE BOYFRIEND TEST adapted, as instructed, for God.

(The following is meant as pure humor and not meant to slander any particular believer. If God didn’t give you a sense of humor, do not read this.)

1. Does this God disrespect relationship boundaries? If you already have a God and this God is hitting on you, disqualify him fast!

Come to think of it, Buddha has been flirting with me lately. If Jesus really is my boyfriend, should I disqualify Buddha?  Buddha’s a bit old though.